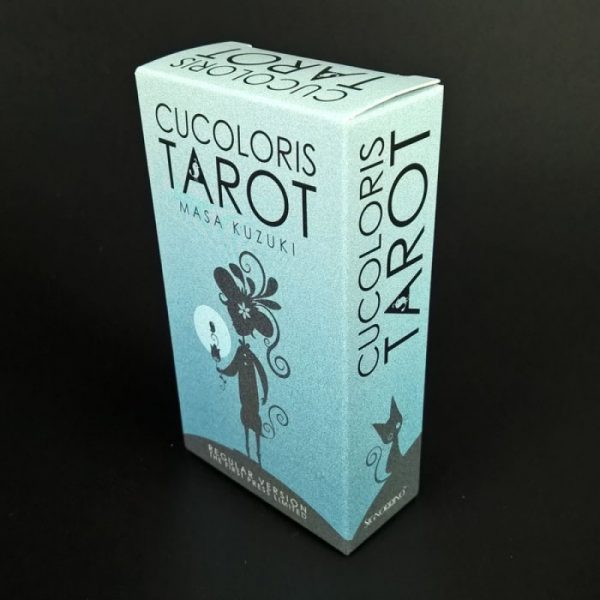 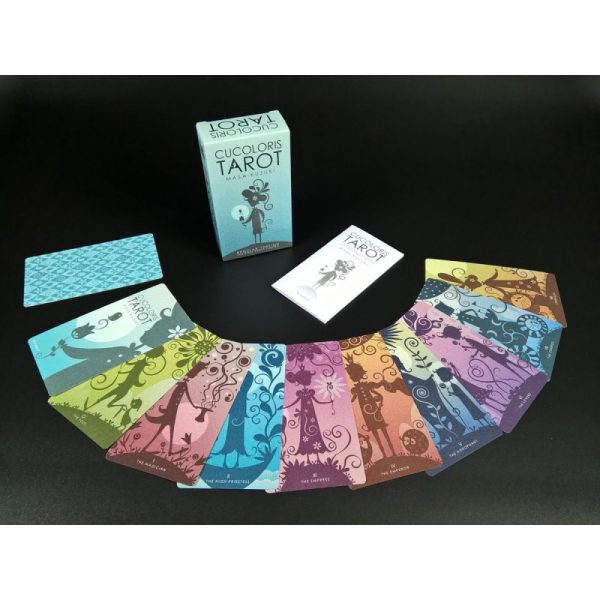 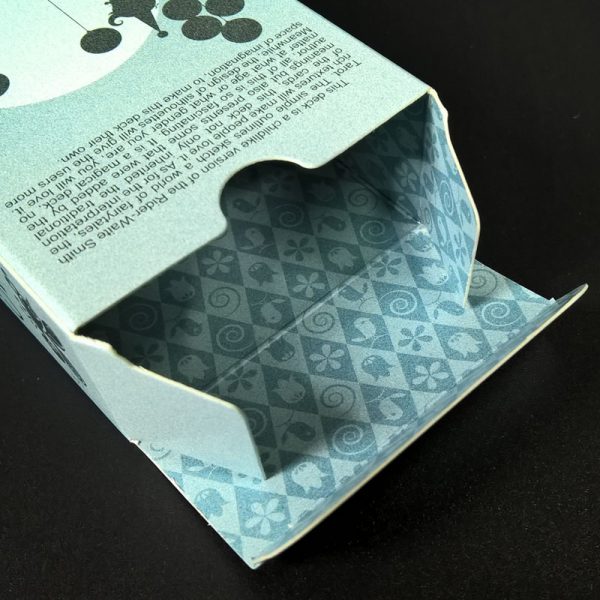 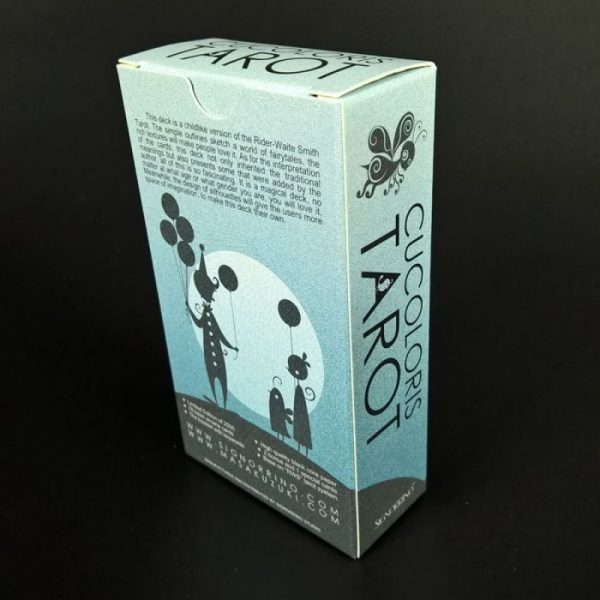 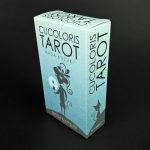 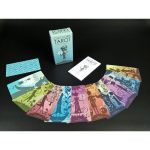 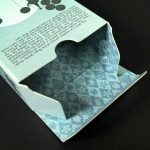 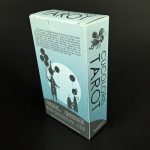 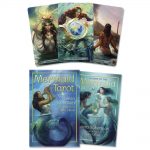 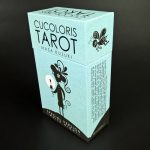 Cucoloris Tarot White Night
0 out of 5
( There are no reviews yet. )

This deck is a childlike version of the Rider-Waite Smith Tarot. The simple outlines sketch a world of fairytales, the rich textures will make people love it. As for the interpretation of the cards, this deck not only inherited the traditional meanings but also presents some that were added by the author, all of this is so fascinating. It is a magical deck, no matter at what age or what gender you are, you will love it. Meanwhile, the design of silhouettes will give the users more space of imagination, to make this deck their own.

This is the regular version 1st. press limited which contains 78 cards, a Justice of number 8 and a Force of number 11 and a Cucoloris Card. The cardstock of this version is black core paper of 300g made in China; it is professional, durable and with a good feel.

Be the first to review “Cucoloris Tarot Regular” Cancel reply