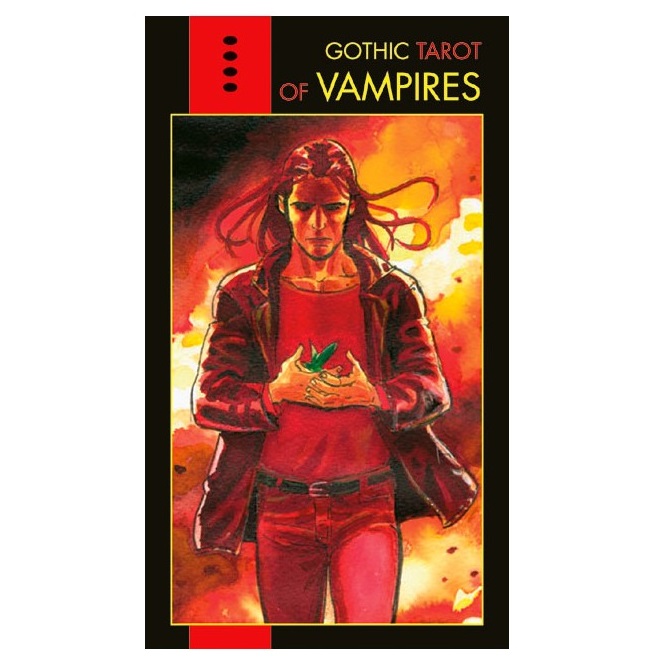 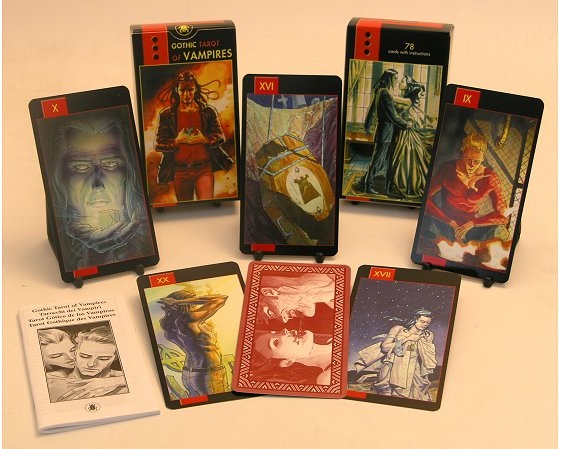 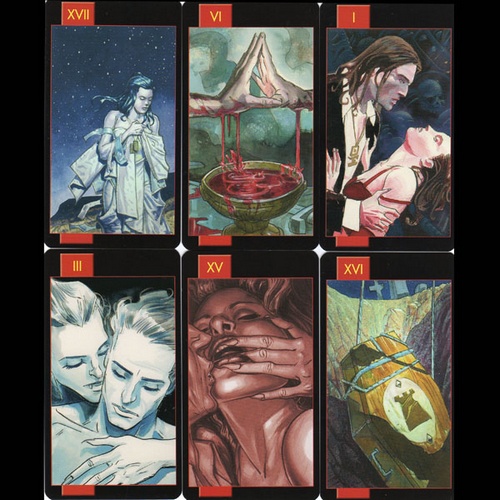 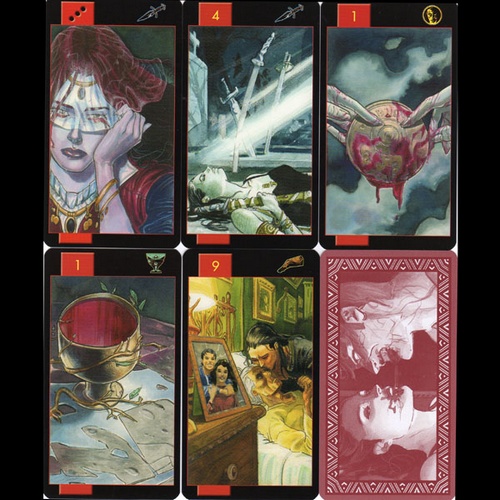 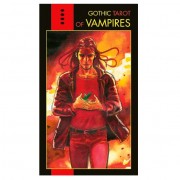 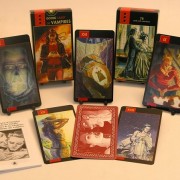 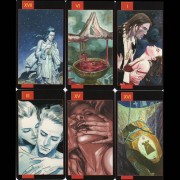 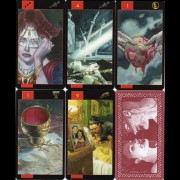 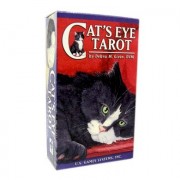 The Vampires Tarot of the Eternal Night Deck
0 out of 5
( There are no reviews yet. )

Although this deck will obviously appeal to those who are interested in vampire culture, Interview with the Vampire, the Twilight series of books and the TV show True Blood, people uninterested in that mythos shouldn’t dismiss this deck as part of a fad. Hidden within the angular, dark, and brooding art is a set of images with surprising depth and intensity. At times passionate and at other time gory, this deck won’t appeal to everyone, but those who get past their assumptions will find this deck an entry to in-depth readings and greater self-awareness.

When Waite and Smith created their deck which has become a de facto standard, they were both members of the Hermetic Order of the Golden Dawn. That group considered the Tarot part of their magical system, the magic of the light.

In the modern mythic world of the vampire, many of the traditions of the light—which is shunned by vampires—are reversed. Thus, the Sun card in this deck, usually considered a sign of good fortune, shows a vampire on a hill just before sunrise, perhaps drawing a will or epitaph into the ground. The Judgment card that follows shows the sun rising and the vampire bursting into flames. The LWB (Little White Booklet) that comes with this deck describes the two cards as indicating the truth and clarity followed by “the final encounter” or self-acceptance.

As you can see, this deck is deep and thoughtful, perhaps eerily so. It presents two aspects, called “Within the Metaphor” (the vampire mythos) and “Beyond the Metaphor” (the real world). If you take this strictly from a Beyond the Metaphor paradigm, you’ll see a deck with art that is passionate and sensual, but at times gory and bloody. Drawn primarily in nighttime blues and purples, the harsh reality of blood red slaps your conscious thought like a paper cut, bringing out totally new interpretations and approaches that will have you consulting the LWB for fresh insights.

If you approach the deck from Within the Metaphor, you’ll find yourself right at home. The deck features frequent appearances of a male and a female vampire. They are like twins, and, in fact, are actually “a single person and a single symbol, split into the two-fold importance of male and female.” This mirrors the concept of the vampire who is both alive and undead, and the individual who functions both consciously and unconsciously.

If you are Beyond the Metaphor, you should know that this is not your parents’ vampires. There’s no Victorian manners or “I vant to suck your blood” niceties that hid sexual repression combined with a fear of venereal diseases that were sweeping Europe when Dracula was first published. These vampires, as people Within the Metaphor will recognize, are young, attractive, and androgynous, more like David Bowie and Catherine Deneuve in The Hunger. Their wan appearances mask the power, passion, and horror that lies beneath the surface and might erupt at any moment, just as our unconscious passions, spurred by youthful hormones, might cause us to act by emotion and contrary to what our parents would tell us is “for our own good.”

When you get this deck you will want to keep that LWB close. The cards of the Major Arcana only have numbers and no names to guide you. Since the symbolism is not the same as the RWS deck, this is a good move. You’ll get the appropriate meanings from the LWB. The Minors have the number and a symbol for the suit. The Court Cards have what appears to be a domino with one, two, three, or four dots, indicating Page, Knight, Queen, and King, respectively. The backs of the cards use the image from the Death card in a pale rust color. In the RWS deck, the Death card is actually positive, meaning evolutionary change. Here it represents a bloody and shocking transformation, an end and a beginning, perhaps moving from Beyond the Metaphor to Within the Metaphor.

This is not a deck for everyone. The reason not every Tarot reader will resonate with this deck is not because of the occasional gore or the vampiric theme, but because it challenges you to go far beyond what you have before. Using this deck might push buttons you or your clients do not want pushed. Pushing them, however, can result in amazing breakthroughs and an end to stagnation and lack of movement.

This is an exceptional deck which Tarot readers will want to have for going beneath the surface and uncovering emotional and psychological truths. Have a box of tissues ready. This deck is like a powerful antibiotic. You won’t use it for every little sneeze or cough, but when you have something deep and serious, you’ll be glad you have this tool.

Highly recommended for those who are willing to see beyond the obvious imagery.

Be the first to review “Gothic Tarot of Vampires” Cancel reply