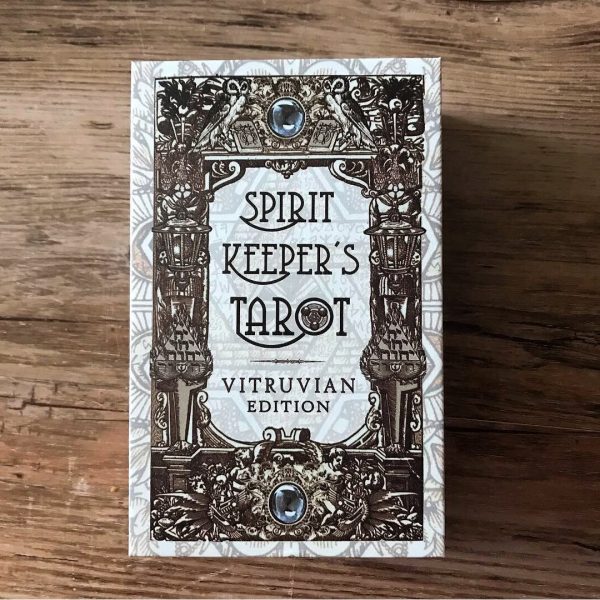 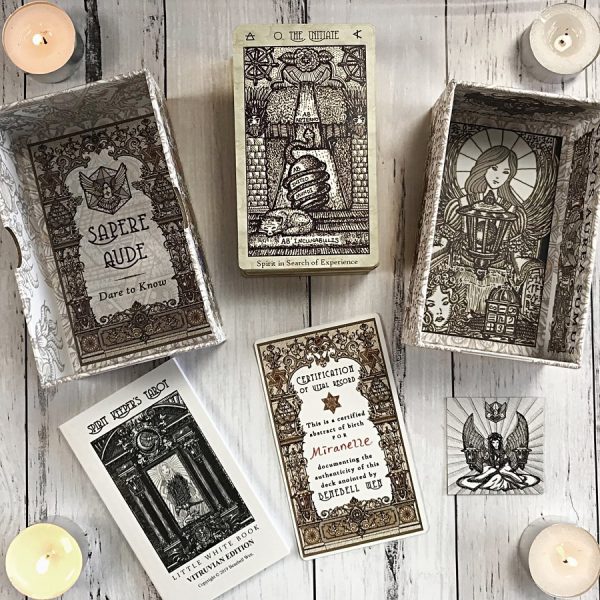 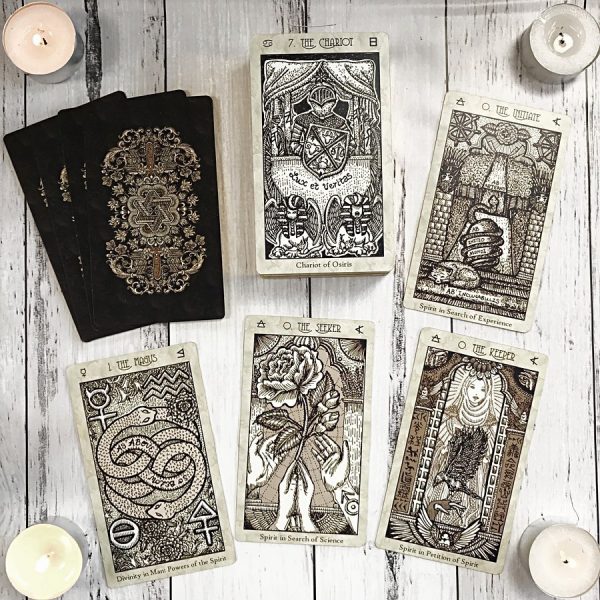 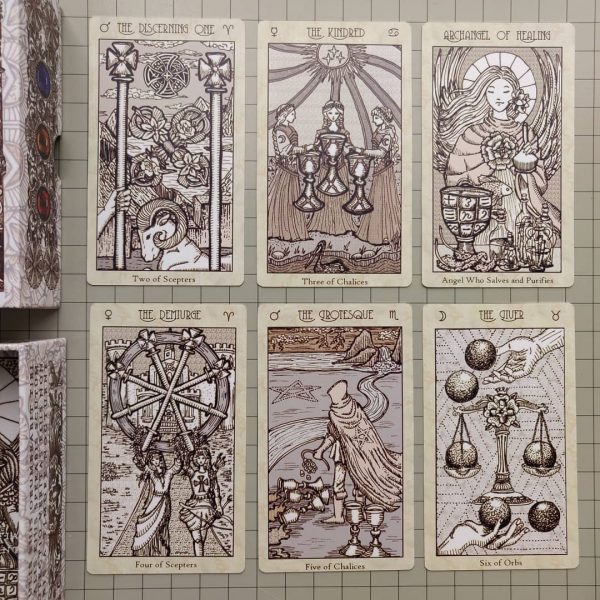 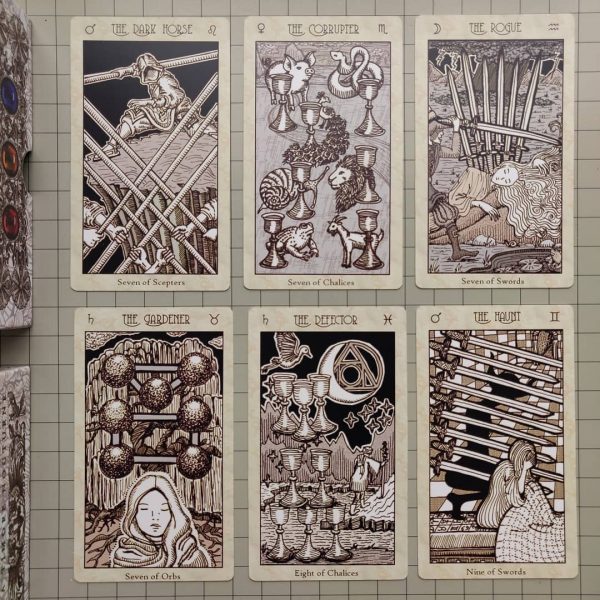 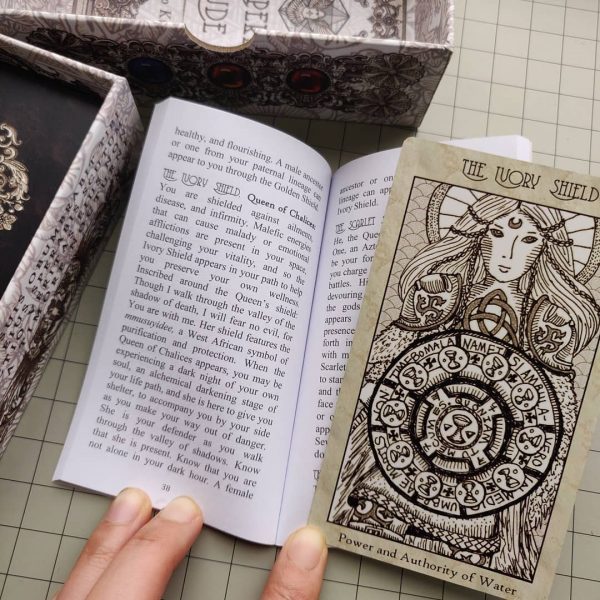 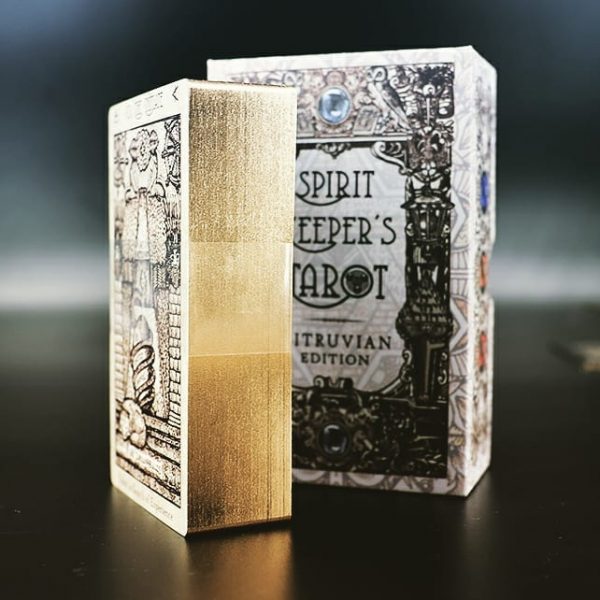 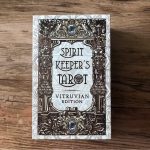 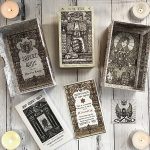 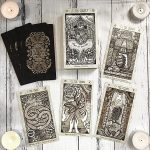 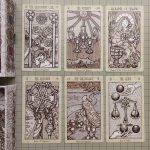 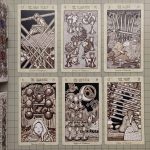 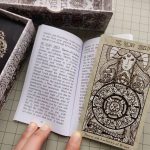 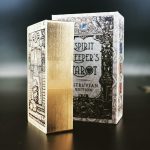 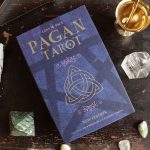 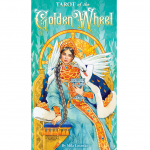 The narrowly-tailored premise of Spirit Keeper’s Tarot is to transform tarot keys into calling cards for accessing a spirit world of beneficent immortals. The artwork is original black and white line drawings done by hand, by me, in pen and ink, then digitally remastered to monochromatic sepia tones. The cards are bordered with a tea-stained parchment design.

All decks will be anointed with hand-crafted holy anointing oil made of Ceylon cinnamon, cassia cinnamon, myrrh resin, and sweet lemongrass.