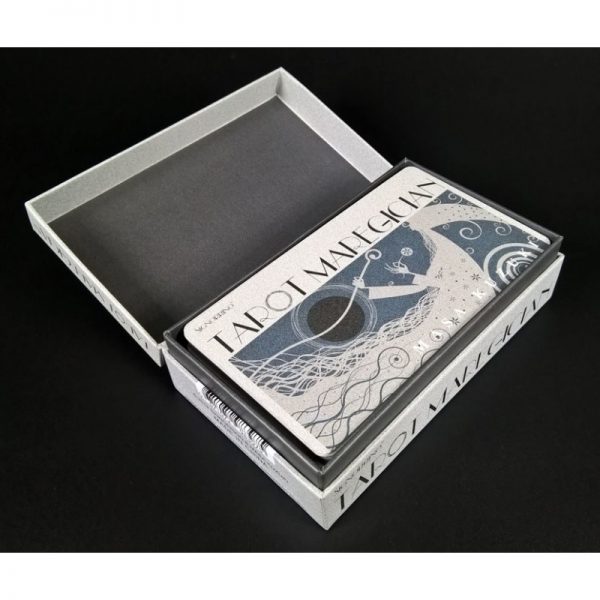 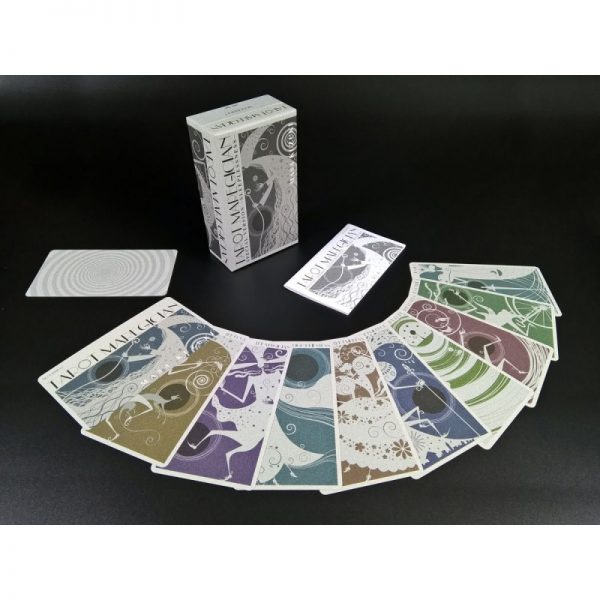 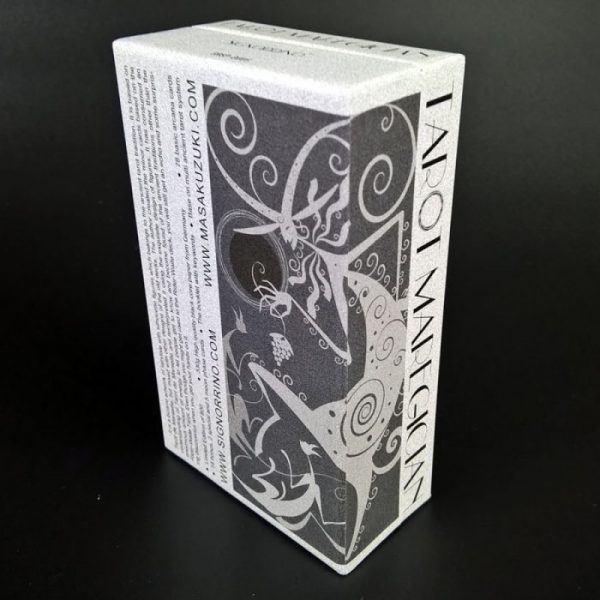 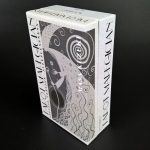 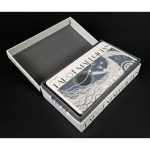 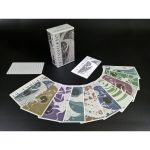 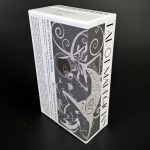 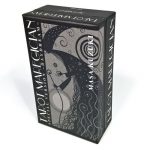 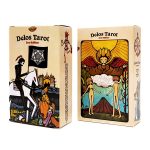 Delos Tarot Second Edition
0 out of 5
( There are no reviews yet. )

A few years ago, MASA designed the SILHOUETTES TAROT, an artwork which gained instant and massive popularity once being published. But he hopes to present a deck of more perfection to the friends who support him. For this reason, two similar themes to the SILHOUETTE TAROT were born: CUCOLORIS TAROT and TAROT MAREGICIAN.
The word MAREGICIAN is a combined word of MARE and MAGICIAN which is created by MASA. It means the magician of mare (mare is the shadow of the moon). TAROT MAREGICIAN and SILHOUETTES TAROT are entirely different in so many ways such as the characters, the system, and the meanings.
It is a bizarre artwork of fairytale with silhouette figures which belongs to the ancient tarot tradition. It is based on Tarot de Marseille, but mixed with other designs of the old decks. The circle which represents the moon and other irregular circles form the central idea of this deck, just the Moon card which brings us some confusion, anxiety and millions of thoughts.  The author created the minor cards based on the understanding of Tarot de Marseille and reinterpreted it using the exquisite design of figures. It has consumed an enormous amount of energy to let people get to know and become found of the ancient traditions other than the Rider-Waite Tarot. Even though you might get used to the Rider-Waite deck, you will still get an echo and some surprising discoveries when you get your hands on it.
This is the regular version 1st. press limited which contains 78 cards, a Justice of number 11 and a Strength of number 8 and a Maregician Card. The card stock of this version is black core paper of 330g made in China; it is professional, durable and with a good feel. The size is 63x112mm.

Be the first to review “Tarot Maregician Sleeplessness” Cancel reply