Tarot of the Sweet Twilight

Tarot of the Sweet Twilight 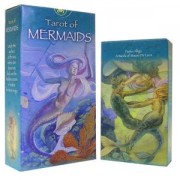 Celestial Stick People Tarot
0 out of 5
( There are no reviews yet. )

Whispers of twilight twist in the corners of your soul. Surreal images surprise your mind. Colors and curves delight your eyes. Bittersweet beauty stirs your heart. You change, grow wiser, and find that the world is complicated, but no less beautiful.

The Tarot of the Sweet Twilight is a unique and beautiful place where kindnesses are more poignant and pains evoke tenderness. Opposites blend and dance highlighting the beauty in the darker aspects of life and showcasing joy tinged with knowledge. While not a run-of-the-mill beginner deck, it is a powerful experience appropriate for any level of Tarot enthusiast.

It would be easy to assume that the Tarot of the Sweet Twilight is a dark deck, based on its name and just a few images. But the Sweet Twilight isn’t that at all. There is such a sweet innocence to it. And it is not cloyingly naïve. There is, in almost every image, characters experiencing or facing the loss of their innocence. This makes the situation particularly poignant. But added to that is not despair but wistfulness. Whether the characters are remembering happy yesterdays or looking forward to a new day with hope, it gives the images an added depth. We are not shown merely tragedy; we are shown that redemption exists because of tragedy. We see not merely heartache but the love that mingles with heartache. In short, it shows life in twilight.

You may have gathered from the paragraph above that this deck is well suited for intuitive readings. You would be right. Although it follows the familiar format of the Rider-Waite-Smith in structure, there are differences in composition. Also, the meanings come not so from the “use of traditional symbolism” but from reactions evoked by the art. If you know the RWS deck, you’ll resonate easily with the defiant young girl in an old-fashioned aviator cap holding a pentacle (4 of Pentacles), the young lovers lost in their own world (2 of Cups), and the young purple-haired girl wearing a t-shirt with a large heart on it and holding a knife to the center of that heart (3 of Swords).

On the other hand, the slender woman with long hair and flowing sleeves standing on a rooftop of a house at the bottom of the ocean looking up at a swan on the surface (9 of Cups) or the girl with long brown hair and clad in pink gazing into a pool where she sees her reflection are dissimilar to their Rider-Waite-Smith counterparts. This may cause you, momentarily, to feel a little unsteady—your world is slightly shaken and you are not in perfect control of the meanings of the cards. So what? It’s a small price to pay for such an experience. As the author of the Little White Booklet so eloquently says, “They [the cards] speak to the soul and their message for each soul will be different. More than most decks, the meanings of these cards are found in that space between you and the image, in the relationship created as you view the image.”

Just as twilight is between day and night, this deck is very much about the spaces between things and the possibilities that exist. As for the interpretations in the Little White Booklet, they are a tool. In reading any interpretation you will know immediately whether it resonates or not. If so, then follow the path it is pointing towards and see where you end up. If not, then turn around and go in a different direction.

When it comes to readings, you’ll find that this deck can be used beautifully. However, to get great results you’ll need to go slow, let go of your preconceived “mental deck,” and rely on your intuition. In addition to using it for readings, it’s been an excellent to work with when journaling. A good book to use with it is Mary K. Greer’s 21 Ways to Read a Tarot Card.

As with many decks, the best way to know if this deck is for you is to check out the images. If you love them, then you’re in for a great treat and an exciting adventure.

Deck Attributes
Name of deck: Tarot of the Sweet Twilight
Publisher: Lo Scarabeo
ISBN: 9780738718548
Creator’s name: Cristina Benintende
Name of accompanying booklet: Tarot of the Sweet Twilight
Number of pages of booklet: 63 (14 in English)
Author of booklet: Barbara Moore
Brief biography of author(s): The Tarot has been a part of Barbara Moore’s personal and professional lives for over a decade. In college, the Tarot intrigued her with its marvelous blending of mythology, psychology, art, and history. Later, she served as the Tarot specialist for Llewellyn Publications. Over the years, she has been active in the American Tarot Association and has spoken at Tarot conferences around the United States. Barbara’s articles on the Tarot have appeared in several Tarot publications and in Llewellyn Publications’ New Worlds of Mind and Spirit magazine. She has also sat on the “Tarot Journal” editorial board. Barbara’s own education in the Tarot has been and continues to be broad and enlightening. She has studied under renowned Tarot scholars Mary K. Greer and Rachel Pollack, and she has taught the Tarot to all manner of would-be Tarot readers.
Barbara enjoys the challenge of giving a voice to Tarot cards and oracle decks. She has had the good fortune to write books for several decks, including A Guide to Mystic Faerie Tarot, The Gilded Tarot Companion, The Hip Witch Tarot, Enchanted Oracle and The Mystic Dreamer Tarot.
Available in a boxed kit?: No.
Magical Uses: Meditation; Pathworking
Reading Uses: All
Artistic Style: Surreal
Tarot, Divination Deck, Other: Tarot
Does it follow Rider-Waite-Smith Standard?: No.
Does it have extra cards?: No.
Does it have alternate names for Major Arcana cards?: No, but Justice is VIII and Strength is XI,
Does it have alternate names for Minor Arcana suits?: No.
Does it have alternate names for the Court Cards?: No.
Why was deck created?: To explore the archetypes of the Tarot through the eyes of innocence as and accompany that innocence as it experiences some of the harder aspects of life.
Book suggestions for Tarot beginners and this deck: 21 Ways to Read a Tarot Card
Alternative decks you might like:
The Hip Witch Tarot
The Secret Tarot
The Tarot of the Elves